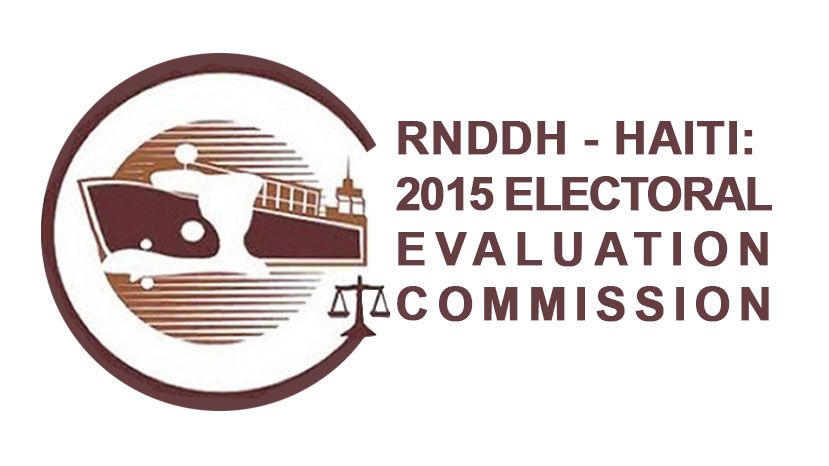 RNDDH made the decision on December 22, 2015 to participate in the electoral evaluation commission by recommending Gedeon Jean (CARD) as a member of the human rights sector. RNDDH’s participation seemed to be inevitable given the role it played in observing the elections on both August 9th and October 25th. Our objective in participating was to bring credibility to the rest of the electoral process and create transparency.

On November 21st and 22nd, the initial audit of 78 tally sheets at the Vote Tabulation Center further supported the initial observations. Although fraud and irregularities were noted in the initial audit, further analysis and evaluation had not been pursued by the CEP, the Haitian Government or the International Community.

RNDDH believed it was crucial to return to the Vote Tabulation Center and to further analyze the tally sheets in order to determine the reality and extent of fraud and irregularities.

The government presented RNDDH a set of ‘Terms of Reference’ guiding the evaluation commissions work which appeared to be a means to push forward the electoral process without careful scrutiny of additional tally sheets at the Vote Tabulaton Center. RNDDH agreed to participate in the commission only if a new set of ‘Terms of Reference’ which we proposed were accepted, allowing the commission access to the Vote Tabulation Center. The government concurred and analysis began on Sunday, December 29th.

On Saturday evening, January 2nd, the electoral evaluation commission issued a report. Of the sample of 1770 tally sheets, these are some of the important findings :

The report was signed by four of the five commission members. Gedeon Jean, the fifth member of the commission omitted his signature. In general, his letter to RNDDH indicates he believes that all of the tally sheets would need to be analyzed in order to have a comprehensive assessment of both the irregularities and fraud present in the August 9th and October 25th election. It would ultimately require a vote recount.

RNDDH agrees with Jean’s position and believes its participation in the commission played an important role in further highlighting the truth and creating transparency around the October 25th elections. As we move forward, RNDDH will continue to push for more credibility and transparency in the electoral process.